Black seed oil or commonly known as habbatus sauda in Malaysia, is extracted from the seeds of the fennel flower (Nigella Sativa). This plant is natively found from North Africa, to Middle East & right to India. Black seed oil has been used for thousands of years, since the Egyptian Pharaohs era to remedy various diseases. It has natural anti-inflammatory to soothe inflammation, anti-histamine for allergy rashes, anti-bacteria & also anti-fungal properties to remedy infections. Due to its wide spectrum of benefits, black seed oil is among the top ranked evidence based traditional medicine in today’s modern world. Plus, it’s one of the most extensively researched ingredient for various chronic diseases today.

Black seed oil is yellowish in color. It has a mild herbal scent. The oil does not clog pores. It can be applied throughout the whole body, including hair, scalp & face as it absorbs easily into the skin without leaving greasy residue behind. A good quality black seed oil should not clog your pores.

Powerful antibacterial properties. Black seed oil has been clinically proven to be able to kill more strains of bacteria that are already resilient towards commonly used antibiotics.

Natural antihistamine properties. This is one of its unique benefits, a must have for anyone with allergies. This oil breaks down histamine build ups. Thus, providing relief during an allergy reaction.

Immune regulator or immunomodulator. For those with weak or hyperactive immune system, black seed oil is able to regulate the immune system to a healthy level.

Reduces inflammation. One of its best phytochemical; Thymoquinone (TQ), has anti-inflammatory properties that can help to treat many diseases such as rheumatoid arthritis, asthma, rashes & more.

SCIENTIFIC PROOFS ON THE EFFECTIVENESS OF BLACK SEED OIL

For nasal allergies or rhinitis

Asthma attacks or disease can be reduced with black seed extract (Boskabady, 2007). From the clinical test, the usage of inhaler, oral corticosteroid, oral theophylline & even inhaler corticosteroid has decreased after just 2 months of taking black seed oil daily.

Black seed oil is effective for managing rheumatoid arthritis (Gheita, 2012). Due to its potent anti-inflammatory properties, the number of swollen joints & morning stiffness significantly decreased after consuming the oil for 1 mont

For high blood pressure or hypertension

Since eczema is an autoimmune disorder, black seed oil’s immunomodulator & anti-inflammatory properties have been proven to be helpful in managing eczema (Kalus, 2003). 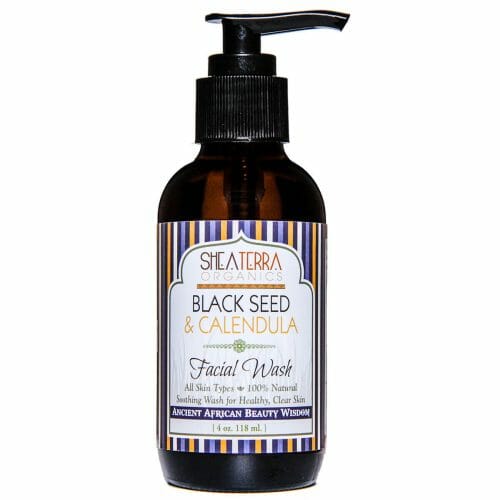 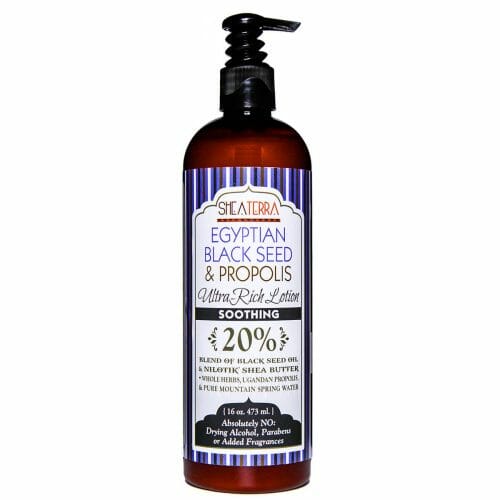 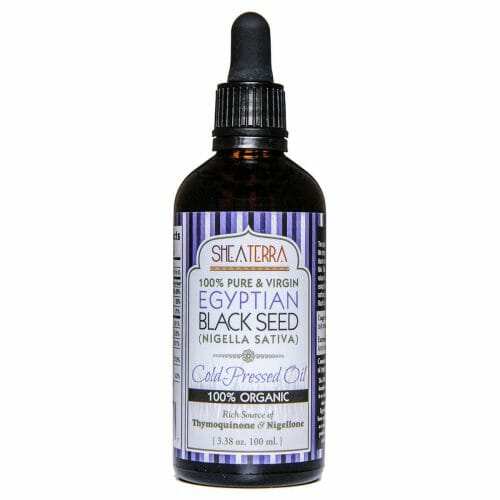 Shea Terra is the result of Tammie Umbel’s quest to create global markets for natural products, that are ethically sourced from underdeveloped regions in Africa. Her goal is to alleviate poverty by empowering the local people with a sustainable income. Through Shea Terra, Tammie helps to market those natural products.

close
close
Start typing to see products you are looking for.
Scroll To Top